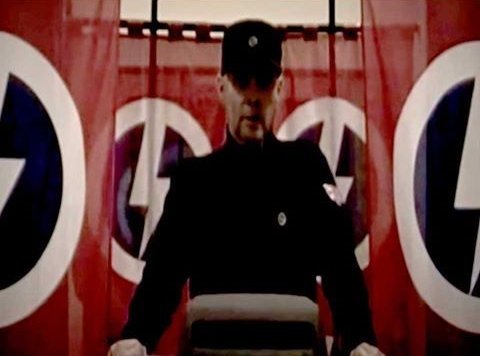 There is a revolution going on away from cyber-space and street demos; a revolution that will aid the building of nationalist strongholds. Good people are working out of the spotlight - not for any personal glory - but for the benefit of the whole movement. To find out what ‘Operation Citadel’ involves all you have to do is join the struggle and play your part.

Britain is already, except for one or two city-states, the most densely populated country in the world. One might well think that only a lunatic – and a criminal lunatic, at that – would propose a doubling of the population, bringing with it inevitably further depredation to our diminishing countryside and natural habitats, more overcrowding, more congestion, more motorways and housing estates, more pollution and more spoliation of a once green and pleasant land. Yet this is exactly what the political elite have planned.

The Office for National Statistics announced that well before the end of this century, this small, overcrowded island will undergo a doubling of the population. Furthermore, since the native population of Great Britain is actually in demographic decline, as a result of low native birth-rates and high native emigration, all of this additional population will be due to foreign immigration. The native population of Britain will become a minority in its own land by the end of this century. This is a matter of certainty, not speculation.

Make no mistake: the Britain we love and cherish is vanishing. It is being intentionally destroyed. If the political elite get their way, both British society and the British spirit are doomed to extinction. A British child born at the start of the 21st century is likely to enter their years of retirement as a member of the British ethnic minority. The question is: what are you going to do about it?