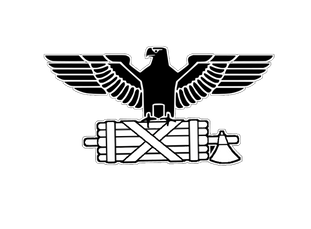 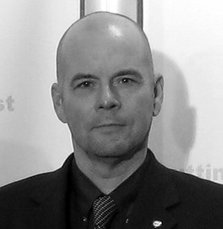 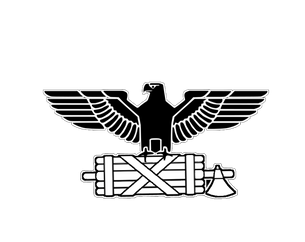 New British Union is loyal to Crown and Country. Our watchword is "Britain First" and we are determined to build a Nation worthy of Patriots. Therefore we stand for revolutionary changes in Government, in economics and in life itself.

Our Blackshirt men and women unite in voluntary discipline to serve their country because only a creed which puts country before self can save our Nation and our people. Because New British Union is a Movement of National revival we have no foreign models as we believe that "Britain Awake" can surpass them all. Our iron creed of New Fascism is the universal creed of the 21st century, but in each country it has a policy, method, and character suited to that country and no other because it is a national and not an international creed.

The flash of action in the circle of union is the symbol of the New British Union. National Action can only come from National Union that ends party warfare.

New British Union will solve the problem of unemployment and poverty by the establishment of the Syndicalist State. This new system will comprise of National Syndicates, controlled by politically-unaffiliated representatives of employers, workers and consumers operating under New British Union Government. These collectives of employer and employee will together lay down the laws pertaining to their respective occupational field, setting an economic direction that looks toward both improving worker rights and growth of domestic markets. Private enterprise must enrich the nation as well as the individual. Employers must serve the nation and not the faction.

The Syndicates will create a larger Home Market by raising wages and salaries at a rate proportional to the one at which developments in science and organisation increase our gross domestic product. Thus, New Fascism will overcome the problem of a great many Britons being unemployed while millions require the goods they can produce. A high standard of life for the British man and woman will be built by the Syndicates - free from wage-cutting and cheap labour at home or abroad. That higher standard of life will in turn grow the Home Market, as average household expenditure increases (and hence so does the aggregate national demand), which industry now lacks. The abolition of income tax and its replacement by a fairer tax on luxury goods will further increase the consumption of those with the highest marginal propensity to consume their income. Employment will be ensured for all by the demand of an enlarged Home Market. A British Fascist Government will invest substantially in animal-friendly scientific and medical research, ever-pushing to find a cure for the scourges of cancer, mental illness and heart disease. Britons will be educated to drink and smoke less, and we will combat the criminal trade in deadly illegal drugs such as heroin. The National Health Service will be staffed by British doctors and nurses. New British Union Government will finance a British Space Exploration Programme of the future.

Immigration into Britain will be strictly controlled and those immigrants who are work-shy, involved in crime, anti-social behaviour and support for terrorism will be deported in double-quick time. We have no wish to persecute those of whatever race or religion who are law-abiding, hard-working and who contribute to Britain's economy. Regaining control of our borders will reduce racism and violence and so restore "Britain for the British", "British Jobs for British Workers" and "British Houses for British People".

New British Union will build a self-contained, self-sufficient British Nation and a New Fascist Commonwealth of Canada, Australia and New Zealand, insulated from the international struggle for markets which brings wage-cutting and wars. We will consider joining a New European Union of Fascist Nations to replace the corrupt and financial democratic EU. Within this block we can produce all the goods, food-stuffs and raw materials we require, and build a standard of life so high that the people can consume the goods which modern industry can produce. To maintain that standard we will exclude the cheap, foreign goods which displace British labour and reduce wages. To build a self-contained Fascist Britain with the motto "Mind Britain's Business" is the only way to avoid foreign entanglements and foreign War.

Our manufacturing industry will find a greater market within this New Fascist Civilisation in return for the increased amount of raw materials which we shall buy from the New British Union of Nations and Europe. Our Fascist Trade Motto is; "Britain buys from those who buy from Britain."

Foreign food-stuffs will be excluded and replaced by British products. As a result of this Economic Nationalism we will increase Home production and find employment for Britons on the land. Their good wages will purchase British goods and an increased Home Market will take the place of the foreign markets we are losing to China and India today. The Land must be used in the interest of the Nation. Those who develop their land in the British interest will be assisted by National Credit and freed from burdens. The Land of Britain will neither be the playground of the few nor the spoil of the speculator. We will enact an exclusion zone around British waters reserved exclusively for British ships and fishing boats, crewed by British seamen and fishermen.

International financiers in the City of London will no longer be permitted to use the credit of Britain to damage this country in the interests of alien usury and foreign investments. British credit will be used for British industry and the money system will serve British producers and consumers instead of financiers and gamblers. The misuse of British credit will become a criminal offence. 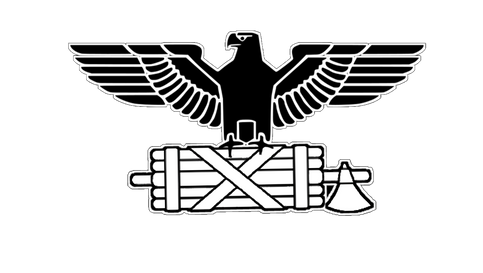